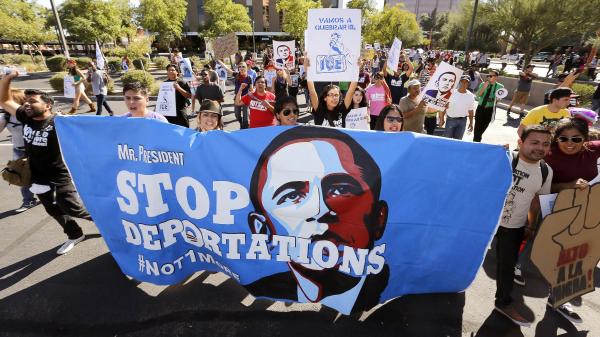 Last month, we told you that the Code Switch team is embarking on a big reporting project we’re calling The Obama Effect. The series, coinciding with the final year of Barack Obama’s administration, will explore the ways that his presidency has (or hasn’t) altered how Americans talk and think about race, ethnicity and identity.

Over the next couple of weeks, I’ll be narrowing in on how this story plays out within the Latino community — or communities, rather. How has the idea of Latino identity evolved over the past eight years, in light of America’s first non-white president, the frustrated push for immigration reform and the simple fact that the U.S. is becoming increasingly brown?