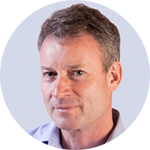 allowing more legal immigrants to come to the U.S. to work year-round is an issue that’s very much alive for employers, who are looking to fill hard manual-labor jobs that they say they can’t find Americans to do, now that the economy’s firing on all cylinders again.