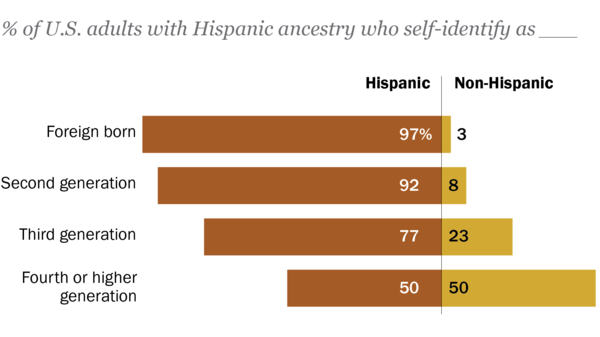 Latinos are one of the fastest-growing racial or ethnic groups in the U.S. But a new finding by the Pew Research Center suggests the Hispanic population may not get as big as demographers have predicted.

About one in 10 adults with Hispanic parents, grandparents or other ancestors do not identify as Hispanic or Latino, according to Pew. The report estimates this group includes close to five million people, many of whom say their background is “mixed” or their Hispanic roots are “too far back.”

“It’s not that they’re hiding their Hispanic background,” says Mark Hugo Lopez, Pew’s director of Hispanic research who co-wrote the report. “But they just don’t self-identify or feel that they should affiliate themselves with being Hispanic or identifying as Latino.” 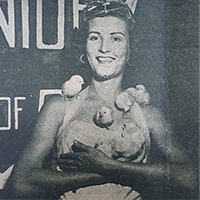 We [This American Life crew] spent eight months and did over a hundred interviews to try to bypass the usual rhetoric and get to the bottom of what really happened when undocumented workers showed up in one Alabama town. Pictured: Albertville “Miss Chick” 1954.