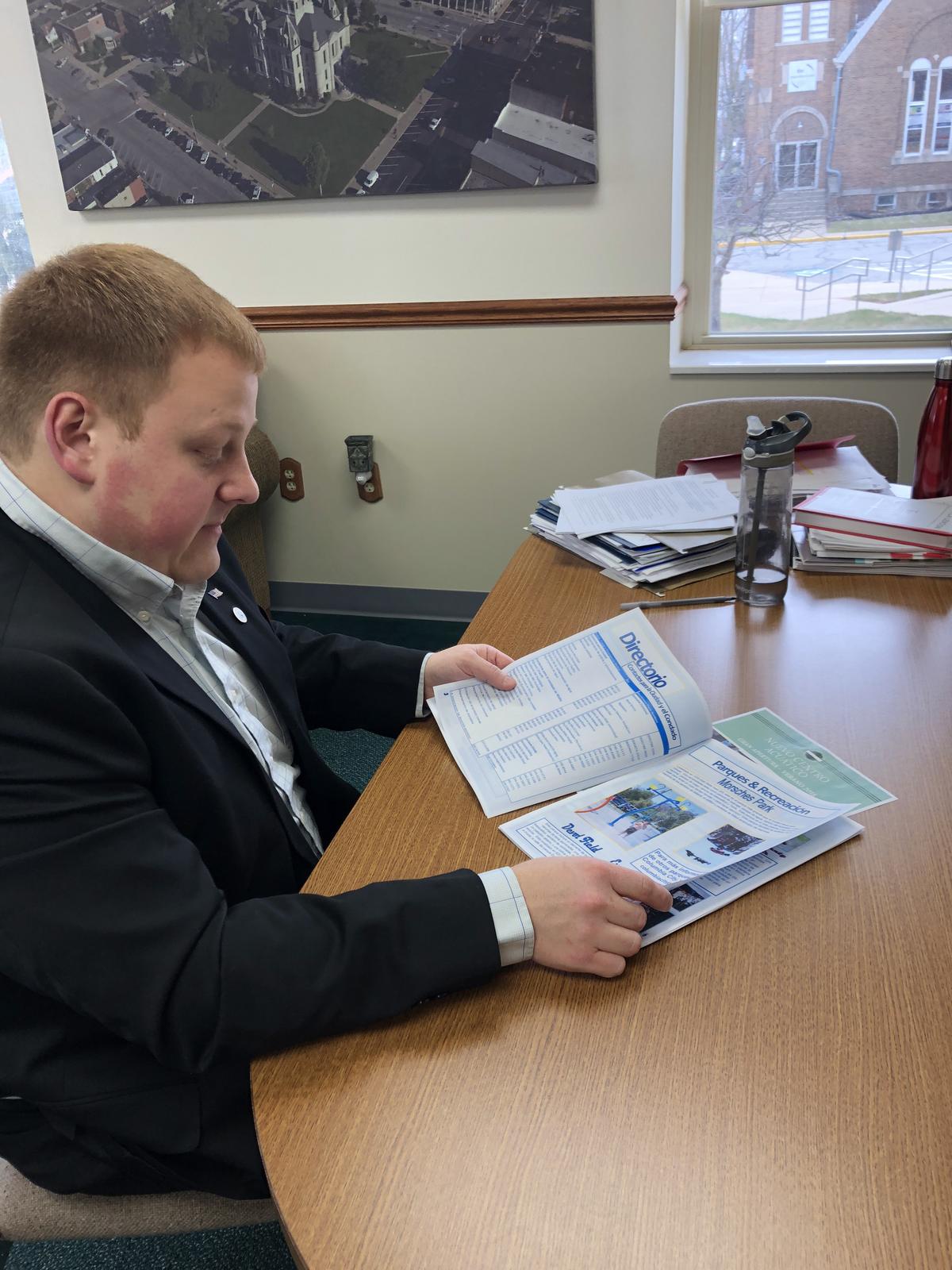 Warsaw-based Zimmer Biomet is located about 29 miles west of Columbia City. They also have a plant in Puerto Rico. After Hurricane Maria, Zimmer asked some of their Puerto Rican employees if they would relocate to plants in the continental U.S., like the one in Warsaw.

On the adults’ end, Rivas said, it’s not that they don’t want to learn English, but rather that classes don’t line up with their work schedules and family obligations. In a lot of cases, Rivas said, the adults know some English, but hesitate to use it in formal situations out of fear of being judged or misunderstood.

The discussions also showed a perception among Anglos that Latinos don’t value education or work promotions as much as Anglos. Rivas said that’s not the case. Rather, the issue is that Latino parents don’t understand the U.S. education system, having not grown up with it, and the language barrier can make it difficult to learn about it. For promotions, Latino workers would like to be promoted, but are often hesitant because of Latino cultural norms. Latino families, for example, value keeping the family together above personal success. That can lead younger Latinos to turn down promotions that could elevate their status above someone else in their family or necessitate a move. 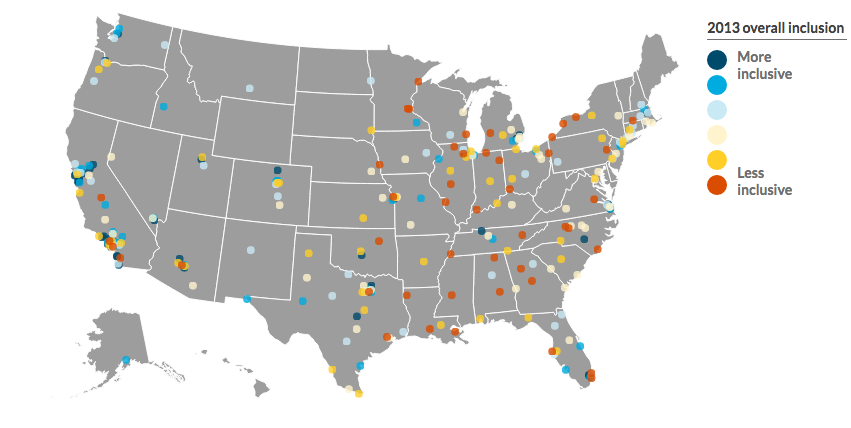 One of their top-line findings: The ten cities faring the best on the inclusion metrics in 2013 were also flourishing economically. “There is a strong relationship between the economic health of a city and a city’s ability to support inclusion for its residents,” the authors write in the report.

In a time of widening inequality, the findings of this report provide a roadmap for a deliberate effort to mitigate the forces that have created unequal communities. The authors conclude:

As this research illustrates, not all cities have made intentional progress, and, for some cities, economic conditions changed and prosperity was more widely shared. However, sustaining this progress toward more shared prosperity requires intentional effort, transparency, and policies.

Being a cashier at the C-Store in Indiana University Bloomington’s McNutt Quadrangle can be stressful. But Residential Programs and Services Dining employee Oscar Arreaza has a simple strategy for keeping his cool: He has fun.

“I have seen many cashiers over the years stressing themselves out,” Arreaza said. “What I do to avoid stressing is I always have a good time.”