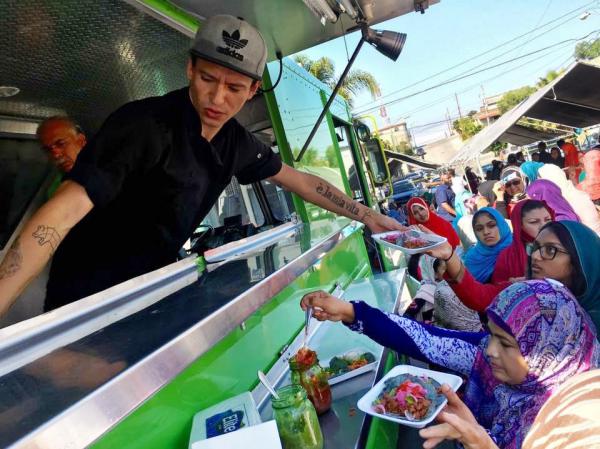 The connection between Middle Eastern and Mexican food goes all the way back to the Moors, and is well-known in culinary circles. Al pastor tacos are just a pork version of the shawarma spits that Lebanese immigrants brought with them to Mexico City in the 1930s. In nearby Puebla, a wrap called tacos árabes — Arabic tacos — uses a flatbread that’s halfway between pita and lavash. Kibbe (fried meatballs made from bulghur wheat) is popular in the Yucatán, thanks to Syrians who settled in the Peninsula over the past century. And the Lebanese-Mexican Chedraui family of Mexico City owns one of the largest Latino supermarket chains in the United States, El Super.